Customers using the MitySOM-57XX SOM must be conscious of both the power supply requirements and the thermal management solution of their final design.

Temperature and Power Data has been collected under a few different scenarios.

Thermocouples were attached to the top of the PMIC case, 1 DDR3 RAM chip case, and the top of the Artix 15 KLE FPGA case. One thermocouple was used to measure ambient air temperature. Ambient was essentially 25 C for the duration of the testing.

Temperature for the CPU, GPU, and CORE dies were captured using the onboard AM572x temperature sensors via sysfs access.

For this set of testing, a stock revision -2 MitySOM-57xx DevKit board and a MitySOM model 5728-PJ-4AA-RI module was evaluated using the provided CPU controller FAN attached to the AM5728 using the dual sided adhesive provided with the CPU FAN. Results are shown in the table below.

It was noted that for all the testing the CPU FAN was running at full speed.

A picture of the test setup is shown below. 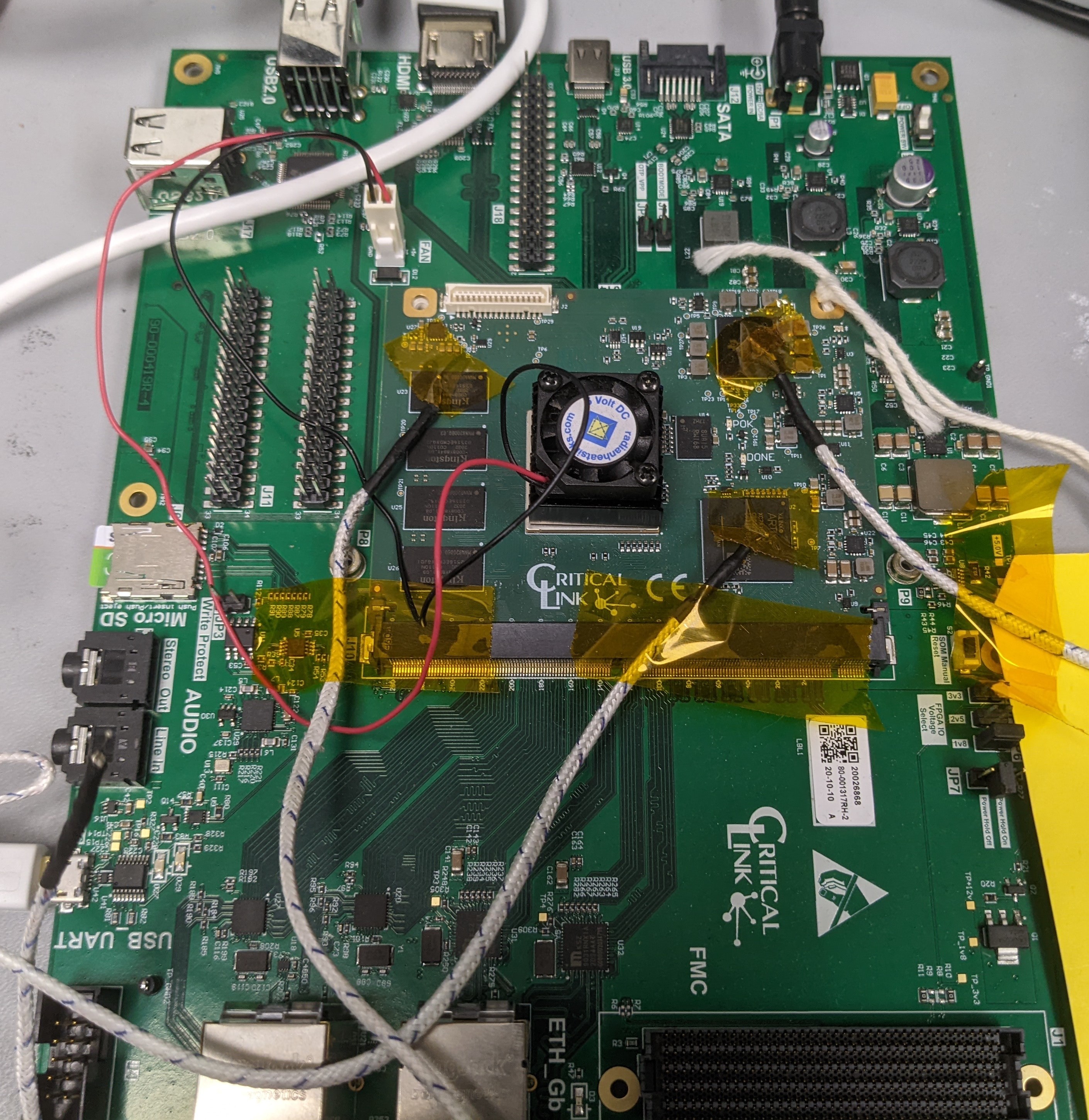 To represent an ideal heat exchange situation, the reference heat spreader and aluminum heatsink was attached to the SOM, and external forced air was applied on the assembly. The results are shown in the table.

A picture of the test setup is shown below. 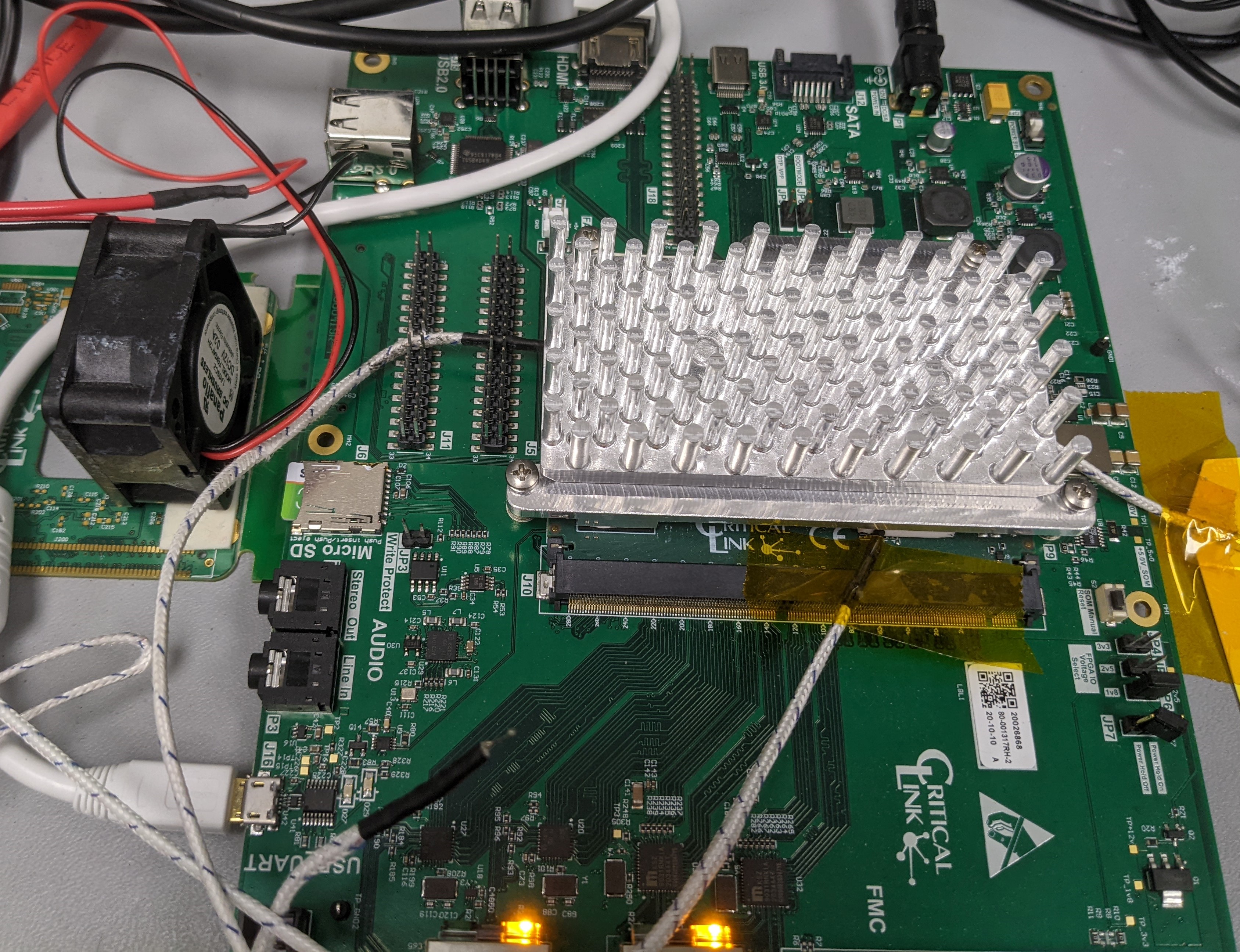